Why Women Are More Likely Than Men to Develop Arthritis 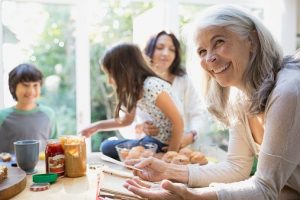 Symptoms of arthritis include pain or tenderness, swelling, warmth and redness in the joints as well as stiffness and difficulty using or moving a joint. The hands and feet are affected first, but as the disease progresses, those symptoms may spread to the knees, elbows, hips and shoulders (Source: Arthritis Foundation).

More than 100 different diseases fall under the term arthritis, the two most common being Osteoarthritis (OA) and Rheumatoid Arthritis (RA). OA is a degenerative joint
disease that is caused by cartilage loss in a joint, while RA is an autoimmune disorder that causes chronic inflammation in joints and other body parts including eyes, lungs, skin, blood, the heart and nerves. Other common forms of arthritis are Juvenile Arthritis (JA), which affects approximately 300,000 children under age 16, and Lupus, also an autoimmune disease affecting many organs including the joints.

Although arthritis forms vary, their sufferers are very similar. According to the CDC, about 1 in 4 women have been diagnosed with arthritis compared to about 1 in 5 men. Of the approximately 27 million Americans with OA, roughly 60% are female (Source: Everyday Health). That percentage increases exponentially after age 55, most likely due to menopause. RA affects 3 times as many women as men whereas Lupus affects 9 times as many women (Source: Well).

So, why are women more susceptible to arthritis than men? It could come down to these four reasons.

It may seem like you have no control over whether you develop arthritis or not, but that’s not true. Even though your biology, hormones and genetics are fixed, your weight is not. There are a few things women can do to prevent arthritis. First, maintain a healthy weight by eating primarily fruits and vegetables, lean proteins, whole grains and low fat dairy. Excess weight stresses joints causing cartilage to break down more quickly. So, losing extra pounds will decrease inflammation and slow joint degeneration. Secondly, stop smoking. Smoking increases the risk of both OA and RA because it damages blood vessels and rapidly deteriorates cartilage in joints. Third, exercise regularly. Strength training, yoga, Tai-Chi, swimming and water aerobics are all excellent for arthritis. Finally, minimize joint strain at work by taking breaks from repetitive motions and make changes to your work environment to reduce pressure on the joints like using a swivel chair or a sit/stand desk setup.

At present there is no cure for arthritis, but an early diagnosis and treatment plan can minimize joint damage and pain. Seek medical help immediately if you suffer from any arthritic symptoms.